I used to write music reviews.  Albums, live shows; all were served to me on a platter, ready to be judged.  I was that delusional fool who would stand at the back of a gig, scribbling down the set list, trying to take in the ever changing emotions of a night full of drinking, performance and music.  Once I'd slept on it for a day or two, I was tasked with vomiting up a poor retelling on a page.  To me, other reviewers were "hacks" who misused similes and slaughtered metaphors - I was an undervalued genius.

Truth is, I was pretty ordinary.

I like to think I've come good from those wicked days, spent casting judgement on people and their art.  I like to imagine I'm past the superiority complex.  I don't need to write reviews any more.

But then Omer asked if I could throw an album or two in the blog.  "A few words," he suggested, "to get a sense of what we're listening to."

I was reluctant to revisit this old part of myself.  It was a dangerous door to open, I thought.

...but what the hell, why not throw some adjectives around and see what sticks?

So, we come to the crux of it.  What kind of music to write about?  Which album to review? 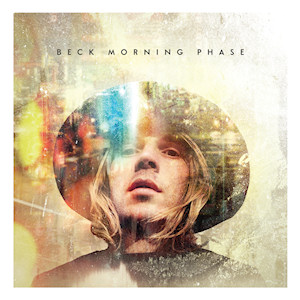 Something happened to Beck Hanson.  Something emotional.  Whatever it was, he wants you to feel it too.

His last album, Modern Guilt, was released way back in 2008.  In that six year period, he's been touring, writing and developing his sound with an eye to making something all his own.

The whole of Morning Phase sounds incredible - like you're listening from a place inside a guitar inside a drum inside a dream - Beck's voice comes at you from many different directions all at once... or is it just in your head?

Stand-out track "Say Goodbye" finds us inside that aforementioned guitar, with another on our right and a banjo on our left, Beck standing in their midst, coming to terms with the finality of a break-up, "Bones crack, curtains drawn / On my back and she is gone."

The stunning "Blue Moon" begins to draw you into the depths of heartache while "Unforgiven" locks you in a room with your demons and throws out the key.  "Somewhere, unforgiven, I will wait for you," he sings, again and again, with the world's saddest bassline ebbing throughout.

If you've had the emotional resilience to make it this far, you are rewarded with a haunting defiance of defeat in "Wave".  You get the sense he's lost the battle, but we're only halfway - he hasn't lost the war.

The second half of the album is best described as a musical healing.  Country-inspired twangs are peppered throughout, strings sweep over each track with angelic melodies and optimism bursts through in every lyric.

Beck channels Simon and Garfunkel on "Turn Away", harmonising with himself as a locomotive guitar rhythm runs under a string section that builds toward that final resolution.  "Country Down" gets us on our way out the door, harmonica in hand, "Against your better judgement / It's all behind you now / Just a mile outside of town."

The album draws to a close on "Waking Light" and you can finally take stock and get a sense of the journey.  The music builds and builds until you're left with an over-compressed morass of guitar, piano, drums and vocals.  As it finally wilts down to a distorted guitar's feedback, the emotion is palpable.

I genuinely enjoyed this album.  The soundscape is incredible, the songs have resonance and the structure is solid from beginning to end.  It has to be played through - there are no real singles - or it just doesn't make sense.  Lovers of albums take note, this is one to pick up.